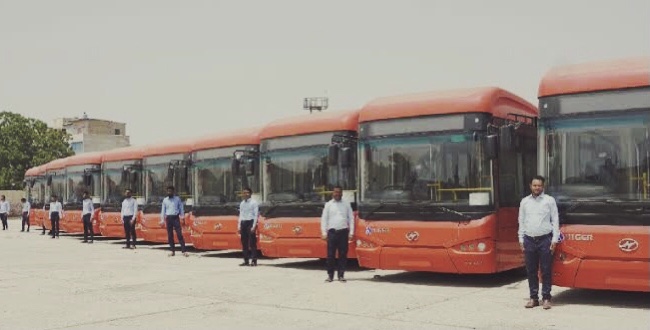 Sindh Information Minister Sharjeel Inam Memon who also holds the portfolio of Transport and Mass Transit informed the buses have been purchased from China.

“The buses have reached the Karachi port. A total of 240 modern buses of People’s Bus Service have reached Karachi and the red buses will be seen running on Route-2 on July 1, a 32.9-km-long route from Nangan Chowrangi to Landhi road in Korangi district,” he told journalists here.

“Buses will run on all seven routes in Karachi within two months,” he added.

Memon mentioned that the Orange Line of the Bus Rapid Transport (BRT) will also be launched for the citizens of Orangi soon after the launch of the People’s Bus Service.

The minister maintained that the Pakistan People’s Party (PPP)-led provincial government was materializing the promises made to Karachi people and determined to bring thousands of buses in a year or two to address the problems of public transport in the metropolis.

He underlined that the Sindh government wanted to set up a bus manufacturing plant in Karachi and progress has been made in discussion with a Chinese company and a Turkish company in the regard.