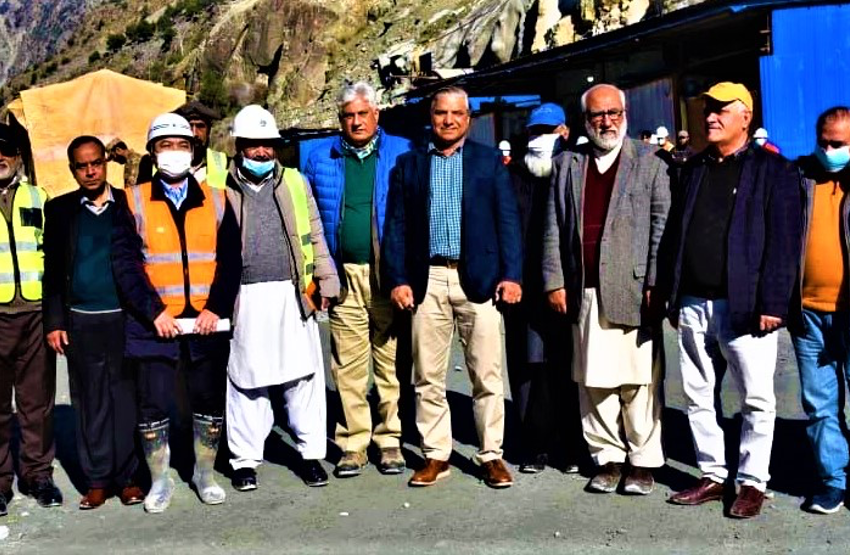 The China Gezhouba Group Company (CGGC) has been working on DHPP as the Main Works Contractor since 2017, which is one of the top green and low-cost energy projects in the country.

“DHPP is of immense importance for a quantum increase in green and low-cost hydel electricity in the National Grid,” said Mr. Husain and he called on the project authorities to redouble their efforts for the on-time completion of the project in accordance with construction standards.

It is apt to mention that recently General Manager DHPP, in a letter of appreciation, acknowledged the cooperation of the Engineering Department of CGGS during emergency situations in the region. “The employer recognizes the good will gesture of CGGC and appreciates the same,” reads the letter.

The 4320 MW project is being implemented in two stages; currently WAPDA is working on 2160 MW-Stage-I, which will provide 12 billion green and low-cost electricity to the National Grid annually while the Stage-II will contribute another 9 billion units to the system per annum.