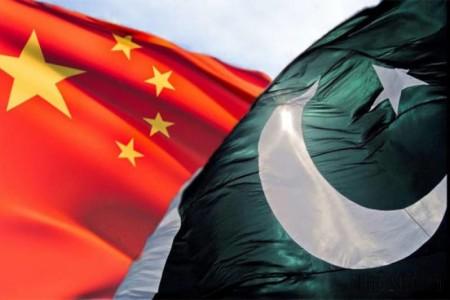 According to the latest report from State Bank of Pakistan (SBP), Pakistan’s exports to China posted growth of 69.73% to $559.15 million in the three months from July to September this year. Under the pandemic situation, this is really a remarkable achievement.

Pakistan has many favorable conditions for expanding exports to China. First, China and Pakistan enjoy good political and diplomatic relations. Second, the Protocol of the Second Phase of China-Pakistan Free Trade Agreement and its special preferential terms have created very favorable conditions for Pakistani goods to enter China on a large scale. Third, China is a large country with a population of 1.4 billion and a neighbor bordering Pakistan. As long as both sides try all their efforts, China can become a huge market for Pakistani goods.

With the all-weather strategic partnership between the countries and the continuous development of China-Pakistan Economic Corridor (CPEC), Sino-Pakistan bilateral trade and economic cooperation has entered a new era.

If both countries make sustained efforts, I firmly believe that it is entirely possible for the bilateral trade between the two countries to continuously create new highs on the current basis, so that Pakistan can become China’s main trading partner in the South Asian subcontinent.

I always hope that if Pakistan’s exports to China reach the level of China’s exports to Pakistan, so as to achieve a trade balance, the bilateral trade could soon reach more than $30 billion. If it reaches $100 billion with several years of efforts, Pakistan will become China’s largest trading partner in the South Asian subcontinent.

To this end, I would like to make the following suggestions:

First, Pakistan has many high-quality commodities, such as cotton yarn, textiles, agricultural products, aquatic products, minerals, medical equipment, handicrafts and sports products, etc. The Pakistani government and enterprises should strengthen promotion in the Chinese market by participating in exhibitions and holding exhibitions so that Chinese importers and consumers can better understand the superior Pakistani products.

Fourth, the customs and inspection and quarantine departments of China and Pakistan should strengthen docking to further increase the export of Pakistani agricultural products such as potato, onion, cherry and rice to China.

Fifth, the two sides should encourage more and more Chinese enterprises to invest in Pakistan and cooperate with Pakistani enterprises, so as to improve the competitiveness of Pakistani products in the Chinese market

Tags: China is a huge potential market for Pakistani goods