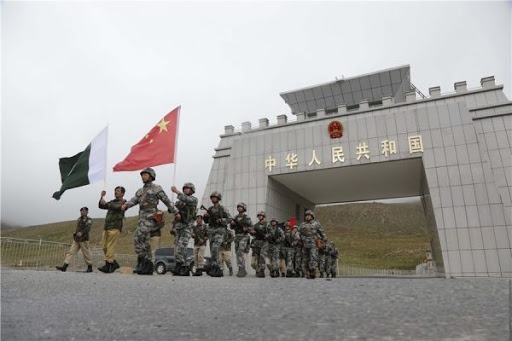 China, USA and South Korea are dominating forces in the global E-sports arena, and now, electronic sports are in the process of being granted as an official sport for Pakistan.

According to the report, Federal Minister for Science and Technology, Fawad Hussain, confirmed that discussions regarding the legitimization for Pakistan’s E-sports among Pakistan Sports Board and Pakistan Science Federation are underway, while the memorandum has already been signed.

Moreover, the first Pakistan E-sport tournament is set to be held in March this year. “I am glad to learn that Pakistan realized the huge economic benefits behind E-sports, and stimulated to greater efforts.

At the current stage, it will be incredible if Chinese and Pakistani organizations can host championships together. We are definitely interested in the performance of Pakistani E-athletes”, Liu Zhen, Chairman of the Beijing E-Sports Association told The Daily CPEC.

The development of gaming and E-sports industry in Pakistan has been kept under the main-stream media’s radar for decades. General perceptions of gaming remain skeptical. As the news came out, the majority of Pakistani netizens reacted positively, yet some posted their concerns under the Minister’s Twitter announcement as well.

“I am not surprised that such a proposal triggered public debates. Years ago, the majority of Chinese did not take gaming and E-sports seriously.” Liu Zhen reacted to the comments.

“I think people need to understand that, just like in every other sport, there are only a few who can ‘make it’ and become world-class athletes. It takes commitment, concentration and sadly yet most importantly, real talent, to become successful in this industry.