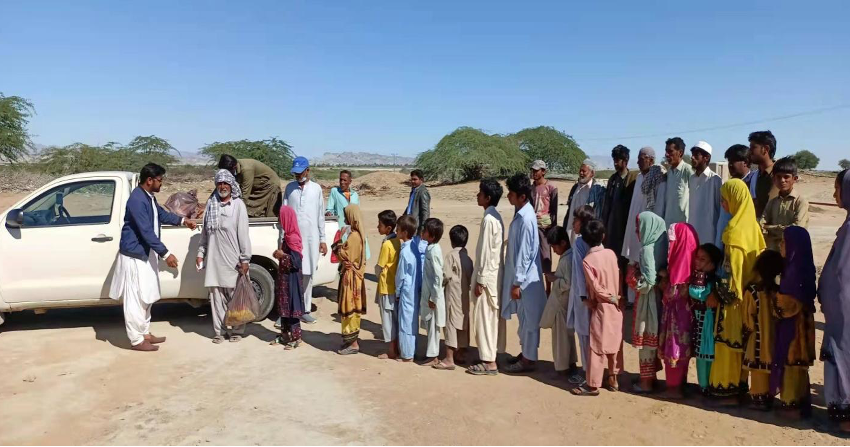 In the first week of Jan. 2022, Gwadar witnessed heavy precipitation, which caused part of Gwadar city submerged by floodwater. Many houses were damaged or collapsed, and the lives of locals were under threat. The Balochistan government announced a state of emergency right away, and Gwadar was declared a ‘Calamity-Hit District’.

The Embassy of China, together with Chinese enterprises in Gwadar, took prompt action by collecting and distributing edible items to local families in order to get their lives back to normalcy. China Overseas Ports Holding Company organized a local support team immediately. Amid the torrential rain, the support team continued their efforts by reaching far-flung areas which have traditionally remained deprived and untouched.

Aside from emergency aid, in terms of humanitarian assistance, the government of China has undertaken several steps in infrastructure reconstruction, medical and educational support and socio-economic development.

The residents of Gwadar, on receiving the package were very thankful to the Chinese brothers and the Embassy for coming to their rescue in no time. The supporting hand China has lent to them is a testament to China’s perpetual commitment to Pakistan.