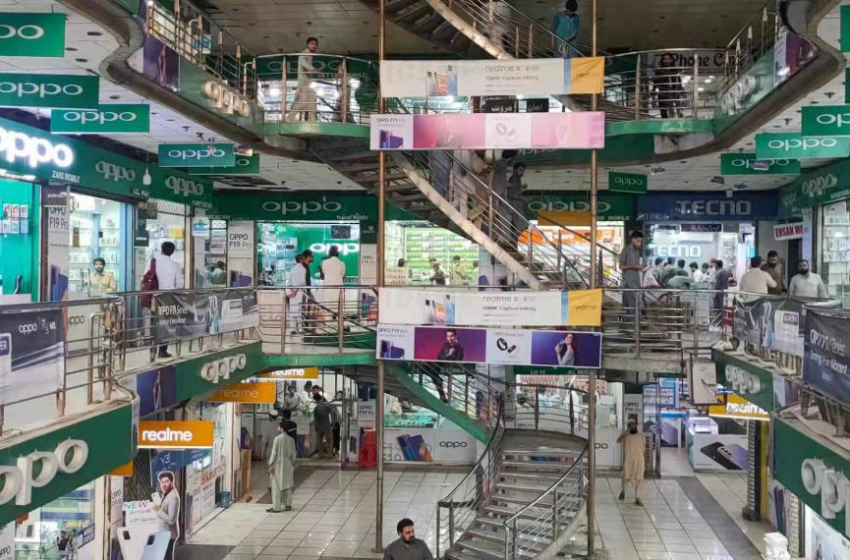 BEIJING,Jun.22 – Stores with various Chinese mobile phone brand logos are common on the streets of many big cities in Pakistan. Behind these logos is the great enthusiasm of Chinese enterprises to participate in the digital construction of Pakistan.

Upgrade: Pakistan speeding up the transformation from 3G to 4G

For a long time, Pakistan mobile communication is mainly based on 2G access, facing many shortcomings, such as low transmission efficiency, signal instability, and so on, which can not meet the needs of Pakistan’s domestic market. In the era of pursuing high efficiency, a “digital revolution” is inevitable.

In May 2018, the Federal Cabinet of Pakistan approved the first “Digital Pakistan” policy submitted by the Ministry of Information Technology and Telecommunication (MoITT), which aims to create a fast and innovative digital ecosystem of digital services, information applications, and science and technology services for Pakistan, thus setting off a wave of change, and the development of Pakistan’s digital economy has entered the fast lane.

According to data from the Pakistan Telecommunications Administration (PTA), as of March 2021, the number of mobile users in Pakistan has reached 183 million, with a penetration rate of nearly 85 percent, of which 3G and 4G users have reached 98 million. Chinese enterprises have played an important role in this process.

As of March 2021, Pakistan has 183 million mobile communication users, including 98 million 3G and 4G users, with a penetration rate of 43.51%. There is still a lot of room for growth in the future. Source: Pakistan Telecommunications Authority (PTA)

“We have taken the lead in laying out the 4G network in Pakistan and have been at the forefront of the digital age in Pakistan.” Wang Hua, CEO of ZONG, told China Economic Net(CEN) recently. ZONG is an international brand created by CMPak, a 100% owned subsidiary of China Mobile Communications Corporation in Pakistan. By this year, ZONG has built more than 14,000 4G base stations in Pakistan and provided high-speed mobile broadband to rural areas of Baluchistan, which will cover 227 unserved areas of Jaffarabad, Naseerabad & Sohbatpur.

“ZONG hopes to take advantage of 4G LTE technology to create a fully interconnected environment and provide reliable and affordable products.” Wang Hua said that ZONG currently has more than 40 million customers in Pakistan, of which 27 million are 3G and 4G users.

On the way of iterative upgrading of mobile communication technology, the change of terminal supply is also imperative. As one of the top manufacturers in Pakistan, OPPO has accelerated the transformation of Pakistan from functional phones to smartphones and from 3G to 4G. George Long, CEO of OPPO Pakistan, told CEN: “When we entered Pakistan in 2014, we were the first and only manufacturer to provide smartphones.” At present, OPPO covers different levels of market demand in Pakistan, and the price of each phone ranges from Rs. 10,999 to Rs. 104,999, according to the Pakistani e-commerce website Daraz.pk.

With the completion of the network and the readiness of the terminal, Pakistan’s mobile Internet industry has achieved a leaping development. According to PTA Annual Report 2020, mobile data usage in Pakistan reached 4498PB bytes (1PB is about equal to 1000TB) in the fiscal year 2020 (July 2019 to June 2020), an increase of more than 77 percent over the same period last year. The report believes that such a large increase is not possible if there is no upgrade of the communication network, etc.

Trend: accelerating the localization of mobile phone manufacturing in Pakistan

Compared with the huge market space, Pakistan’s local mobile phone manufacturing industry has not yet gained sufficient supply capacity. From July 2020 to May 2021, Pakistan imported mobile phones worth $1.86 billion, an increase of 63.4 percent year-on-year, according to the Pakistan Bureau of Statistics. The import of finished products and spare parts not only drives up the market price of mobile phones but also aggravates the shortage of foreign exchange in Pakistan.

In May, at least three Chinese enterprises were granted mobile device manufacturing authorization issued by PTA, valid for 10 years. This will help reduce the overall cost of Pakistan’s mobile phones and activate the industry chain of mobile devices from production to sales.

ZONG is one of the largest foreign investors in Pakistan. Since entering the Pakistani market, ZONG has invested more than Rs. 250 billion (about $1.6 billion) in the Pakistani telecommunications market.

5G+IoT (Internet of things) is one of the important development directions of the telecommunications industry in Pakistan. At the end of last year, Federal Minister for IT and Telecommunication Syed Amin Ul Haque said that the Pakistani government plans to launch 5G technology in 2022. The industry speculates that the 5G technology may launch pilot applications in some areas of Pakistan next year, while it will take three to five years to achieve wide application throughout Pakistan.

One of the major challenges facing the development of Pakistan 5G is the preparation of the industrial environment, including the penetration of 5G mobile phones and the distribution of spectrum. “this is a long process for Pakistan and it still takes time. At present, the Pakistani government and regulators are working to create a framework for the development of the 5G industry, which will be followed by a license auction.” Wang Hua revealed. As early as August 2019, ZONG successfully tested the 5G service in Pakistan, which is the first in the Pakistani communications industry.

At present, ZONG is in close contact with the Ministry of Information Technology and Telecommunications (MoITT) of Pakistan and PTA to participate in the development of the 5G road map of Pakistan. “it is hoped that the Pakistani government will give preferential policies in terms of investment and innovation to achieve a 5G environment in Pakistan as soon as possible.” Wang Hua said.

“OPPO launched its first 5G device, the Reno5 Pro 5G, in Pakistan earlier this year and plans to launch Reno 6 series in the second half of this year.” George Long said that OPPO also launched a series of wearable products in Pakistan, such as TWS headphones, smart bracelets, smartwatches, and so on. “We will continue to explore the unlimited possibilities of combining IoT products with 5G technology in Pakistan.”

On the current hot new energy vehicle track, George Long said: “OPPO has announced at MWC Shanghai 2021 that VOOC Flash Charge technology has been opened to automobile companies and upstream chip companies, and that in the future VOOC Flash Charge will provide support for more scenarios, including electric vehicles, and any new developments will be shared with Pakistani users in a timely manner.”