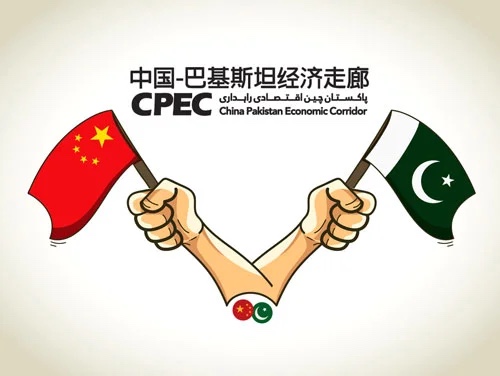 CHINA-Pakistan Economic Corridor (CPEC) has revolutionized every sector of macro-economy in the country.

CPEC has become a magnetic force to gear up the process of massive industrialization and exports in Pakistan.

It has further strengthened the concept of blue economy which is indeed the future of regional connectivity as well as international economy in the days to come.

For the further strengthening of Sino-Pak bilateral relations, realization of CPEC’s strategic utility and scope Prime Minister Imran Khan performed the groundbreaking of phase two of the Gwadar Free Zone (GFZ) and launched a number of other mega development and infrastructure projects including an expo centre, agriculture industrial park and three factories.

The Chinese Ambassador Nong Rong has termed these projects as ‘making the impossible possible’ in his most recent tweet.

The Prime Minister also inaugurated phase one of the GFZ, reviewed the progress on various development projects, and witnessed the signing of a number of memorandums of understanding (MoUs).

A briefing was also given on the progress of the South Balochistan development package in line with the government’s efforts of focusing on the province.

It is hoped that these projects would enhance the agro-economy of Balochistan and, of course, Gwadar. During his one-day visit various MOUs were also inked.

He witnessed the signing of valuable MOUs including implementation agreement of 1.2 million gallons per day desalination plant and solar generators grant from China for South Balochistan.

Hopefully it will overcome shortage of drinking water and will start traditions of green energies in the province.

While addressing the launching ceremony for the projects, the Prime Minister pinpointed that inconsistent policy strategies and lack of any real implementation was the hallmark even towards common issues such as supply of water, electricity and gas, and connectivity with other areas in Balochistan.

He projected Gwadar as the focal point of development for all of Pakistan and especially Balochistan.

He said the “future of Gwadar” was being witnessed through the water and energy projects underway as well as the new international airport being constructed there which would connect Gwadar to other areas.

For the further development of Gwadar the Premier announced a number of initiatives to promote human development such as a technical college, a hospital, university, cheap loans for farmers and poor households and a program for uplifting of Gwadar’s fishermen.

Prime Minister Imran highlighted the role of “One-Window” operation which would better facilitate and service investors to invest in free zones and set up plants and industries which could contribute to exports.

He emphasized that increase in exports would lead to wealth creation, correction of macroeconomic imbalance and job opportunities once demand for technical staff and trained labour increases.

Thus the role of Gwadar port and facilitation of CPEC is essential for future socio-economic prosperity of Pakistan and especially Balochistan.

He instructed to develop an increased coordination between the federal and provincial governments to gear-up developmental activities and create a better atmosphere for potential investors.

He thanked China in particular and said Pakistan stood to benefit from its relations with the country and said his office would directly and regularly monitor all progress on development projects in Gwadar on a monthly basis.

Federal Planning Minister Asad Umar through his tweet said the free zone inaugurated by the Prime Minister in Gwadar’s north was “35 times bigger than the phase 1 industrial zone of Gwadar which reflects growing interest of Chinese and other investors in Gwadar free zone.

Balochistan Chief Minister Jam Kamal Khan Alyani also addressed the event and said that a lot of work had been done by the government in Gwadar.

He briefed about numerous initiatives and development projects such as the Eastbay Expressway, a 180-kilometre water pipeline which would connect multiple dams, a desalination plant, extension of the Gwadar hospital and efforts to bring a university to Gwadar.

It would start a new era of community development and participatory spirits of wellbeing in the province.

On his part, China-Pakistan Economic Corridor (CPEC) Authority Chairman Lt. Gen (R) Asim Saleem Bajwa said that work for Iran’s trade through the Gwadar Port was in progress and the trade would start soon.

He was of the opinion that the Ramadan-Gabd crossing point near Gwadar remained active and fully functional now and new border markets being established at the crossing points.

General Bajwa said as compared to the first phase of the Gwadar Free Zone, which comprised 60 acres of land, the second phase would be a huge project comprising 2,200 acres.

He said some 46 enterprises were engaged in phase-I of the free zone, while 12 new factories were being set up out of which three had been completed.

Moreover, he stated that water traffic at the port has been on the rise and keeps on increasing everyday and last year the trade volume increased by “hundreds of times” as 60,000 metric tonnes of cargo was transported during the year 2020-21 compared to only 1,300 metric tonnes in the preceding year. Even five LPG vessels were berthed at the Gwadar Port.

With reference to cargo volume he said that it would increase at an even higher pace in the future as interest for transhipment and industrialisation was increasing with every passing day.

It has various mega projects in it which are creating new jobs, eradicating poverty, enhancing sense of human survival and speed up the industrialization process through Gwadar Smart Port City, physical infrastructure of Gwadar Port & Free Zone Phase-I.

Being a prominent regional expert of CPEC & BRI I appreciate facilitations of CPEC for the development and transformation of Gwadar which guarantees the consolidation of the blue economy in the country.

CPEC has introduced new hope of a qualitative life and better future even among the local people.

It is suggested that an ideal combination of public-private model of integrated development should be followed in which local investors have equal rights and privileges to excel.