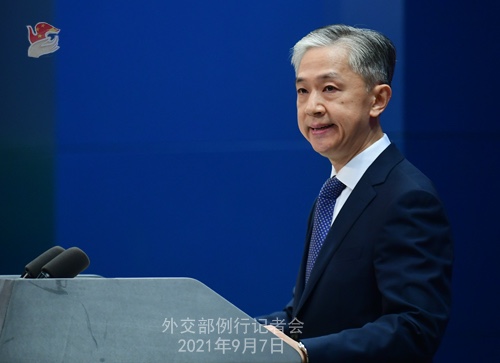 The China-Pakistan Economic Corridor (CPEC) being an important priority project in the Belt and Road Initiative (BRI) has strongly promoted economic and social development in Pakistan and also played an active role in regional connectivity.

This was stated by Chinese Foreign Ministry Spokesperson Wang Wenbin in a press briefing on Tuesday, saying: “The CPEC is an important priority project in BRI. Since inception, it has made progress in many areas including energy.”

He emphasised that the BRI started from China but its opportunities and outcomes benefited the whole world.

“So far, there are 140 partner countries that have signed cooperative documents and BRI has already become the largest international cooperation platform benefiting the largest scale in the world,” he added.

The spokesperson said that China is ready to work with different countries including Pakistan to build high quality BRI to deliver more benefits and share more dividends.

The flagship HVDC line project achieved its commercial operation date (COD) successfully as per the timeline agreed between the NTDC and Pak Matiari-Lahore Transmission Line Company (PMLTC). Prior to its COD, eight power tests on different voltage levels were performed successfully.

The 878-kilometre 4,000MW project has been completed by PMLTC (Pvt) Limited on Build-Own-Operate-Transfer basis for 25 years.

The project will evacuate power from the new generating units located in the south, including Thar coal projects. —TLTP