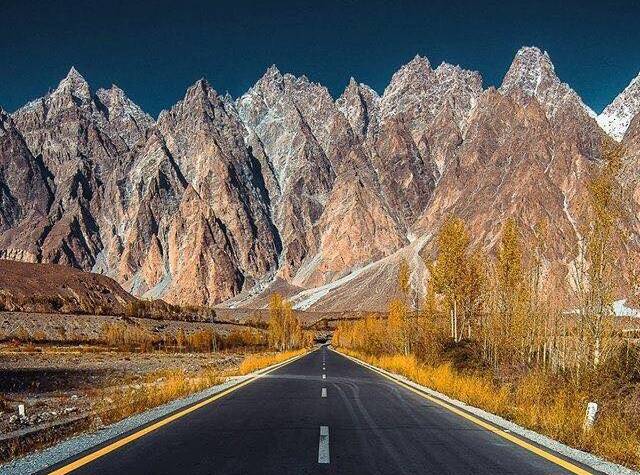 CPEC’s infrastructural projects, especially the Karakoram Highway Phase II, have created ample job opportunities for a large number of people, especially traders. With the opening of Havelian-Thakot Motorway, a large number of drivers are now able to successfully transport cargo from the country’s northern Gilgit-Baltistan region to east Punjab Province. This highway is being built by the China Communications Construction Company. This motorway has facilitated commuters, and traders by shortening the travelling distance. Statistics show that ever since the opening of this highway, about 6,000 vehicles use this route on a daily basis.

Fakhar ul Hassan, a truck driver from Pakistan’s northwest Khyber Pakhtunkhwa (KP) Province, is among hundreds of drivers transporting cargo from the country’s northern Gilgit-Baltistan region to east Punjab Province through Havelian to Thakot highway constructed within the framework of the China-Pakistan Economic Corridor (CPEC).

Sharing his experience about traveling along the new road, Hassan said that he and other drivers of the heavy transport vehicles are delighted that the road has brought convenience to their lives.

The road is one of CPEC’s early harvest fruits. Constructed by the China Communications Construction Company under the Karakoram Highway (KKH) Phase Two project, the 118 km-long road from Havelian to Thakot in KP consists of the expressway section from Havelian to Mansehra district of the province, which inaugurated in 2019, and the Class-Two highway section from Mansehra to Thakot opened for traffic last year.

The motorway has multiple advantages, and the greatest one is that it has greatly facilitated commuters by shortening travelling distance and bringing them a brisk and smooth ride, Hassan told Xinhua.

“We used to travel for 7 to 8 hours on the old bumpy road from Havelian to Thakot before reaching the Karakoram Highway. Now on the new road, we cover the same distance in less than two hours, and unlike our previous experience on the old road, this one is very smooth and comfortable,” he added.

Inzamam ul Haq, a toll plaza operator, said according to the traffic survey data at just one of the tollbooths of the highway, about 5,000 to 6,000 vehicles travel on the road every day, and during holidays and festivals the traffic doubles.

“Commuters traveling on the road praise it for saving their time and giving them a good driving experience due to the smooth roads and well-built tunnels, which not only saved their time but also made their travel very safe,” he said.

Local commuters also breathed a sigh of relief after the construction of the road, as major traffic load was shifted to the newly constructed road from the old highway that was always choked with the traffic during the peak hours of the day.

“During the peak timing of office and school, it took us hours to wait in the queue on the old highway because all flow of local and outstation traffic was on the same small road. But after this motorway was opened, the major load of outstation traffic, including big trucks and buses, was shifted here, and the intercity commuters are very happy with the CPEC project for bringing ease in their lives,” Khurram Nazir, a local resident working at the motorway, told Xinhua.

The road has been made with state-of-the-art technology and has 105 bridges and 6 tunnels.

Wang Benqian, general manager of the KKH Phase Two project, said that apart from the mountainous terrain, the biggest challenge for the construction of the road was the area being located in one of the earthquake-prone zones of the country.

“Through a series of scientific research and technological innovation, the project department ensured that the project completed the construction task with high quality (and) on schedule,” he said.

He noted that they applied Chinese seismic design concepts and technology to the bridge design. “The bridge is located in the level 8 seismic intensity zone with great seismic hazards.”

The Chinese company adopted seismic designs such as the plastic hinges of piles and columns, increasing the width of cover beams and setting seismic ties at the end of beams to ensure that the bridges of the whole line meet the requirements of level-9 seismic protection, he added.

The project also introduced the Beidou satellite navigation system, which has effectively improved the scientific tunnel construction management and provided a reliable technical guarantee for the safe construction of tunnels in complex geological conditions, helping achieve the goal of “zero casualties” in the construction of six tunnels on the whole line, Wang told Xinhua.

He added that scientific research investment has played a key role in the project. Through technical research and scientific innovation, various technical problems faced by the site were effectively solved, and a series of achievements were also made covering quality control and utility model patents.

“The project won the 2021 best annual Bridge/Tunnel Award of Global Best Projects Juried Competition of the Engineering News-Record (ENR) magazine in the United States by virtue of its high-quality engineering and technical content,” said the Chinese engineer.

In this regard, Wang said that during the construction of the project, nearly 10,000 direct jobs were created for local people, and a large number of new materials and technologies were brought in.

“Through strict training and practice, a number of local technical professionals and construction teams in surveying and testing were trained, which effectively improved the vocational skills of local people and was conducive to a better life for the Pakistani people,” Wang told Xinhua.

Khurram Nazir, a local resident, is one of the engineers hired as trainees under the project. Having finished the training, Nazir was hired for the project, while his colleagues went to work for the country’s leading state-owned and private construction companies.

When the road was under construction, locals were facing financial challenges due to unemployment and COVID-19. “Especially the labor class was not getting work opportunities, but here on the site they were hired and paid a handsome amount of money for their services,” Nazir told Xinhua.

“Chinese trained the laborers and now they are taking more wages from the local market as skilled laborers. The Chinese company also gave them certificates and they were very happy as it was the first time in their life when they got a certificate in appreciation of their work,” he added.

He said that many engineers like him who were seeking job opportunities after completing their studies also got the opportunity to work with the Chinese company.

“Local people and students never understood (the) construction of tunnels before the KKH Phase Two project. It was a good learning experience for us. We got to know and learn a lot of new technologies in the construction sector,” Nazir said.

Khalid Mansoor, special assistant to Pakistani prime minister on CPEC Affairs, hailed the project as a pride of Pakistan, which is not only bringing benefits to local people and boosting tourism, but is also recognized internationally as one of the best roads of the world due to its bridges and tunnels.

“I am very elated that the world knows the Chinese have made such a good quality road in Pakistan. We are also highlighting the road at (the) Pakistan Pavilion in the ongoing Expo 2020 Dubai to attract foreign tourists to come to Pakistan and see (by) themselves how China has done the tough job of making tunnels in such a rough terrain with perfection,” he said.