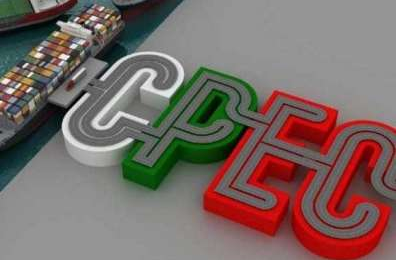 Dr. Pascal Abb, the Senior Researcher at the Peace Research Institute Frankfurt (PRIF), said during a seminar titled ‘Impact of BRI on conflict-affected states: CPEC and Pakistan,’ organized by the Islamabad Policy Research Institute (IPRI), that CPEC is a local choice of Pakistan, and it has not been pressured into it, which is why this geo-economic initiative is full of bounties and strategic dividends. He also said that the BRI flagship project and the CPEC initiative enjoy complete consensus in Pakistan. He also added that CPEC’s success will transform the area and open up new growth opportunities in Pakistan. IPRI President Ambassador Dr. Muhammad Raza said that the game-changer CPEC came as a jiff of fresh air at a time when no one was willing to even invest $500 million in Pakistan.

The China-Pakistan Economic Corridor (CPEC) is a local choice of Pakistan, and it has not been pressured into it and this is why this geo-economic initiative is full of bounties and brings with it strategic dividends.

Peace Research Institute Frankfurt (PRIF), Senior Researcher Dr Pascal Abb said this while addressing a seminar ‘Impact of BRI on conflict affected states: CPEC and Pakistan,’ organised by the Islamabad Policy Research Institute (IPRI) to discuss the BRI and CPEC projects’ impact on the region, a statement said on Thursday.

Dr Pascal Abb said that China’s Belt and Road Initiative (BRI) flagship project and the China-Pakistan Economic Corridor (CPEC) initiative enjoys complete consensus in Pakistan, and the intellectual elite, security establishment and political forces are on the same page. The success of the CPEC will change the face of the region, and usher in new developmental avenues in Pakistan. The Centre-Periphery module is a unique mechanism wherein China is rapidly on the path of increasing its influence in the region, he added.

This is all owing to China’s centrality in the region, and its consciousness to take along developing states in the new era of economic interdependence.

Dr Pascal observed that obviously there are two perceptions when it comes to Beijing and BRI, and the most dominating influence is, of course, that comes from the United States and Europe.

But the point is that now Chinese media is gathering momentum and disseminating the actual perspective and vision of development, which is across the board, he said.

It was pointed out that Pakistan and China’s interaction spreads from Karakorum Highway to Gwadar. It is a good omen that the first phase of development that concerned power plants and infrastructure is coming full circle and has successfully entered into its second sphere of industrialisation.

He also talked about the unrest and opposition to the CPEC, especially in Balochistan, by some quarters and observed that it is owing to a lack of proper communication with the locals, and the unfortunate fact that they have not been taken on board.

Talking about the slow pace of implementation of the project, it was noted that a host of factors such as Covid, law and order situation and international interference are responsible for the delay. It was pointed out that out of nine exclusive economic zones, only three have been addressed, which is unnerving.

IPRI President Ambassador Dr Muhammad Raza said that the CPEC came as a jiff of fresh air at a time when no one was willing to even invest $500 million in Pakistan.He said that a staggering $60 billion investment in infrastructure and development is a game-changer, and will go a long way in connecting the region as BRI comprises one-third of the world economy.