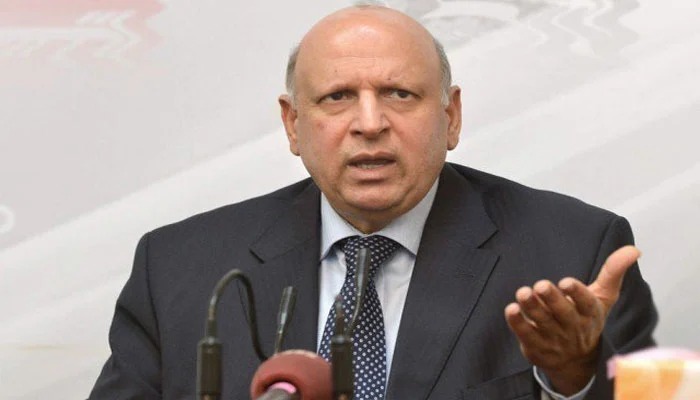 LAHORE:There is a need for enhancing regional connectivity, especially with neighbouring countries who have emerged as the most promising option for sustained economic growth in the backdrop of changing global economic paradigms.

These views were expressed by the speakers at a conference organised by Pakistan China Joint Chamber of Commerce and Industry in Governor House here on Monday.

Governor Ch Muhammad Sarwar speaking as a chief guest at the conference said that China had emerged as second largest economy of the world and international experts were envisaging a far bigger role of China on the economic horizon of the world. The governor emphasised the need for regional connectivity with friendly neighbouring countries, top of which is China, who had involved Pakistan in all mega projects going to connect the region by road and by sea.

“I am open for all my Chinese brethren and fully welcome their proposals for the betterment of economic and business relations,” he said. He also appreciated the efforts of PCJCCI and remarked that the hard work of PCJCCI will yield positive results in enhancing the quantum of bilateral business and investment between Pakistan and China.

Earlier, SM Naveed, president PCJCCI, in his address said, “Over the last decade we have seen Chinese investment in Pakistan grow as large Chinese state owned companies and private sector enterprises have invested in Pakistan in areas such as oil exploration & development, power generation, textiles, etc. There is a great potential to be tapped in China-Pakistan economic cooperation, particularly in view of the concept of “China-Pakistan Economic Corridor”. The Chinese government continues to encourage Chinese companies to invest and to do business in Pakistan.”

He added that PCJCCI is playing an important role mainly in the accomplishment of CPEC coupled with facilitating Joint Ventures in private sector, arranging delegations to and from China, conducting exhibitions both physically and digitally.

No-confidence motion against the PM is a new political ploy of the opposition. It is still time for the opposition to support the open ballot in the Senate elections. The government and its allies will win even by secret ballot, the governor said while talking to Minister for Housing Mian Mehmood-ur-Rasheed who called on him at Governor House here on Monday.

They discussed political and governmental issues as well as Naya Pakistan Housing Scheme.

Ch Sarwar said that the opposition may fulfill its desire of no-confidence motion against the Prime Minister but it is well-aware of the outcome of the no-confidence motion against the Senate chairman. All allies stand strong with the Prime Minister and the government under the leadership of Imran Khan will complete its term till 2023, the governor said and added PDM is making new announcements to keep the political atmosphere warm.

Minister for Housing Mian Mahmood-ur-Rasheed said that the OTI is united under the leadership of Prime Minister Imran Khan. PTI has the mandate to rule for five years. General elections will be held on time and the opposition will fail, the minister said.