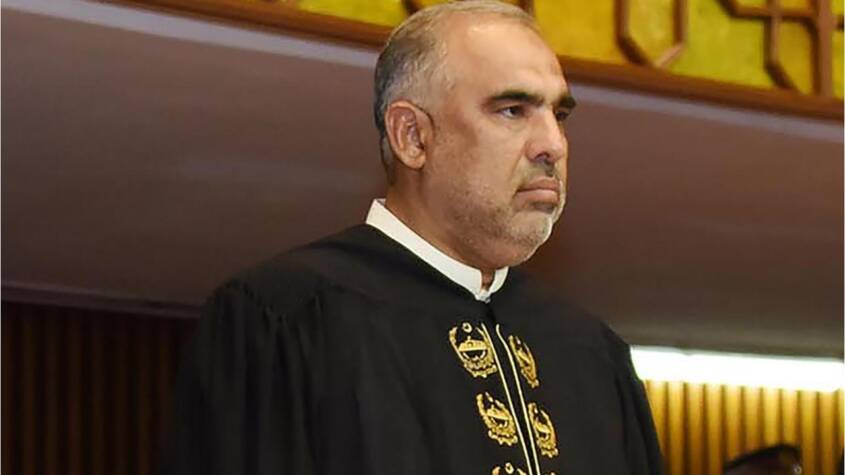 ISLAMABAD: Speaker National Assembly Asad Qaisar on Wednesday said Afghanistan can serve as a gateway to Central Asia for extending economic outreach, sustainable bilateral relations and prosperity of both countries.

“Connecting people, building peace and promoting cooperation are in the best interest of both countries,” Asad Qaisar said, while addressing a meeting of the 7th Pakistan-Afghanistan Joint Committee here on Wednesday. He further elaborated that the people of Pakistan, regardless of their ethnic belonging, were bound together by the everlasting cultural, religious and historical affinities, adding that a peaceful Afghanistan is in the larger interest of Pakistan.

Speaker National Assembly commended the commitment of political leadership of both the countries to fostering parliamentary, economic and people-to-people contacts. He said the parliament was feeling the need to bring both the countries closer and for that the Parliamentary Friendship Groups comprising members of all the political parties should be functionalised. Apprising about his initiatives, Asad Qaiser said the recommendations on removing obstacles to smooth trade and peoples’ movement across the border had been identified and forwarded to the executive.

The speaker said it was appreciative that more than 80 percent of the recommendations had been implemented, whereas easing visa restrictions were also approved by the federal cabinet and implemented largely to ease the movement of Afghan traders, students and patients travelling to Pakistan. He said enhancing trade activities would boost economies of both the countries. He informed the meeting that the proposal for allowing movement of vehicles, across the border, had been forwarded to both the governments.

Suggesting about the establishment of border markets, the speaker of the National Assembly said such markets could not only generate employment opportunities but also induce upwards momentum in trade activities.

He said the recent peace process would lead to internal stability and economic prosperity in Afghanistan, saying the people of both countries could benefit from cross-border movements and would also increase economic opportunities to their citizens.