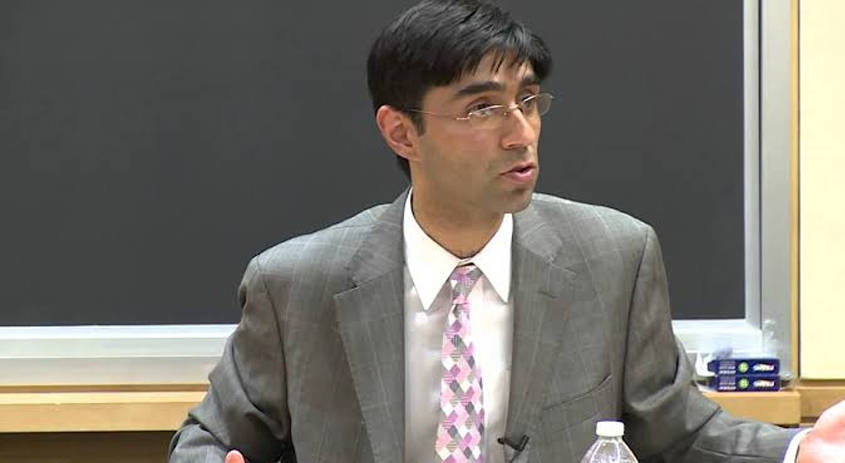 During an interview to Chinese Media, National Security Adviser Moeed Yusuf said that CPEC is beneficial both for Pakistan and China and a symbol of prosperity. He highlighted that since the start of the project in 2014, significant progress has been made on the ground. In the first phase, energy and infrastructure sectors were on the focus. Similarly, the second phase of this mega project is playing vital role for industrialization in Pakistan and connectivity between two countries and rest of the world. This phase will also comprise investment in a range of sectors, including agriculture and science and technology. Although, Special economic zones will also help to flourish the industrialization process.

National Security Adviser Moeed Yusuf said that in the truest sense, the China Pakistan Economic Corridor (CPEC) is a beneficial for both the countries as well as anyone and everyone who participates in it.

He expressed these views while sharing his views on the increasingly strong ties between China and Pakistan and the development of CPEC in an interview with Beijing Review.

Moeed Yusuf said, since the start of the project in 2014, significant progress has been made on the ground. In the first phase, energy and infrastructure development were the focus. So far, projects with a combined installed capacity of more than 9 Gigawatts have been completed and work on other energy projects is continuing apace. To streamline internal connectivity, roads have also been built throughout the country.

“We are entering the second phase, which is critical for industrialization in Pakistan and connectivity between China, Pakistan and the rest of the world. This phase will involve investment in a range of sectors, including agriculture and science and technology. Special economic zones will also be created to lead our industrialization process,” he added.

He said, these projects will contribute to internal physical connectivity, job creation, agricultural modernization and industrial expansion in our country. Most importantly, we envisage CPEC to be a springboard for transforming Pakistan into a regional connectivity and trade hub.

For China, Pakistan offers an attractive investment destination. Manufacturing and services, which may have become financially uncompetitive in China, can freely utilize these new opportunities in Pakistan to lower costs.

In the truest sense, the CPEC is a beneficial for both countries as well as anyone and everyone who participates in it, he added.

About relationship between Pakistan and China, he said, the two countries have a longstanding relationship based on shared interests and mutual trust. There is consensus within Pakistan on further strengthening ties with China.

Both countries work together and cooperate on a range of issues. Additionally, in its recently unveiled first ever National Security Policy, Pakistan acknowledges China’s indispensable role in realizing its geo-economic vision.

However, there is one key area both countries need to work on: people-to-people contact.

Cultural power and cultural ties have become increasingly important in this era of globalization and connectivity.

As more and more of our peoples interact, a greater understanding of each other’s cultures and traditions would benefit the relationship tremendously. Moving forward, this has to become a priority.

“We must increase cultural and sport exchange programs, scholarships, cooperation between think tanks, among other such initiatives,” he added.

On dealing with the challenges facing the CPEC, including the safety concerns, he said, the safety of any foreigner in Pakistan is our responsibility. Pakistan takes the concerns of Chinese workers and engineers seriously.

“That is why in the initial years of the CPEC, Pakistan established a 15,000-strong special security division. You will not find any parallel to such an elaborate arrangement. So far, they have done a tremendous job of ensuring the security of hundreds of CPEC project sites and individuals,” he added.

The national security adviser said, there have been a small number of attacks. It is important to recognize that some countries and their proxy actors do not want the CPEC to succeed. They see an ever-growing Pakistan-China partnership as a threat.

“We have already explained that India has supported and funded the attacks on CPEC and Chinese interests in Pakistan through anti-Pakistan militant organizations operating from third countries. Unfortunately, our enemies will continue to seek ways to target us,” he added.

Regardless, clear evidence of the strength of the Pakistan-China relationship is that we have come out stronger and further strengthened our security protocols.

Rest assured, all inimical forces working at the behest of external powers to undermine the CPEC will be defeated. We now have a mechanism to ensure the security of each and every Chinese citizen in Pakistan.

As a flagship project of the Belt and Road Initiative, the full potential of the CPEC will only be realized when there is peace in the region.

It is also critical for Pakistan and China to continue working together to stabilize Afghanistan and prevent it from becoming a haven for cross-border terrorism. Along with this, we are keen to implement our joint vision of extending the CPEC to benefit Afghanistan’s economy and its people.

Overall, as strategic partners, our efforts to jointly deal with shared challenges and threats in the region must intensify, he added.

Responding to a question, he said, Pakistan does not believe in camp politics, nor do we want to be pushed in that direction. China has always counseled us to have good relations with all.

“We desire good relations with the US, going beyond just a narrow security lens. The officials of both countries are talking on key issues in our bilateral relationship,” he added.

Moeed Yusuf said, Pakistan wants to safeguard its national interests by having good ties with all major powers. Remember that we were the country that opened up space for the US and China to engage directly in 1970. We still view ourselves as a bridge-maker in deescalating great power competition rather than egging it on.

“We see in Pakistan’s location a potential for convergence of shared economic interests among regional states and major powers,” he added.

On concerns of neighboring countries, including China about the situation in Afghanistan and role of the international community cooperate in safeguarding regional peace and security, he said, neighboring states, especially Pakistan, have suffered tremendously due to instability in Afghanistan over the past four decades.

“Since the US-led war in Afghanistan in 2001, we have had to bear over 80,000 casualties and $150 billion in economic losses. Moreover, Pakistan has had to deal with terrorism, drugs and gun culture, and over 4 million Afghan refugees who are still in Pakistan,” he added.

He said, as Afghanistan transitions into a new phase after the withdrawal of the US forces, the fear of a destabilized Afghanistan and the looming threat of a humanitarian crisis have heightened the potential challenges for the neighboring states.

For Pakistan, stability in Afghanistan is non-negotiable. Therefore, not only have we pledged direct humanitarian assistance worth $30 million, in addition to trade concessions, transit relief, etc., but we have also been championing the need for the world to engage Afghanistan for the sake of the average Afghans.

Only then would we be able to address the shared challenges of a humanitarian crisis and international terrorism that would affect the entire world directly or indirectly.