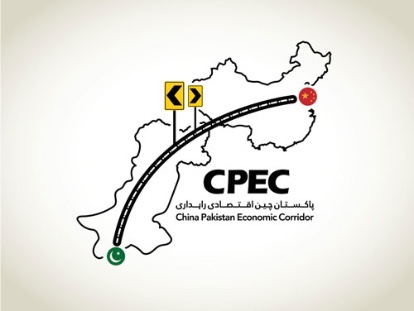 GWADAR Port is a jewel in the crown of CPEC. It is likely to handle 400-500 million tons of cargo annually. Mind it, Karachi and Port Qasim, both can handle 120 million tons annually as of today.

Gwadar Port is also critical for the Chinese economic interests in the Indian Ocean, as the Chinese western region (north of Pakistan) will ultimately depend on the import/export of their cargo through this port.

Unfortunately, the port is yet to take off despite having been operational since 2007 with a very few ships bringing cargo.

This poor performance is the cause of concern for Pakistan’s economic interests and needs immediate attention.

There are many challenges to make Gwadar Port fully operational. First, the port is not yet fully connected through land routes with China, Afghanistan and CARs.

Although a lot of road infrastructure has been built in Pakistan, a major portion of KKH passing through Pakistan is still not ready for heavy traffic. Moreover, all world ports have an efficient railway system backing up the road network.

The same is absent in Gwadar. Putting railways is critical for Gwadar Port, hence, Pakistan and China need to make it a priority.

Another shortcoming at Gwadar Port is the absence of quality repair and maintenance facilities for visiting ships.

All competitors of Gwadar including Salalah, Duqm, Jebel Ali or Bandar Abbas etc., have this facility.

Duqm port has a ship repair Yard & Dry Dock facility which can provide maintenance support to even an Aircraft carrier.

Without this crucial facility, no shipping line will be comfortable to operate their ships from Gwadar Port.

Gwadar Port’s operational depth in the channel is 11.5m and plans to dredge the same to 14m.

This increase in depth will facilitate bringing in ships of 70,000 tons. Although it appears decent as far as the medium-size ships are concerned, but it limits deep-draft ships.

Moreover, competitors of Gwadar Port have an edge because of various reasons including the availability of deeper waters in the channel as well as alongside operational berths.

Jebel Ali Port has an operational depth of 11.5m for the inner basin and 14m for the outer basin, Bandar Abbas Port’s depth is between 11.5-14m , Chabahar Port’s available depth varies between 2-11m, while Salalah Port is with 18m depth.

Gwadar Port has only 3 operational berths since its opening in 2007. On the other hand, Chabahar has 10 berths of various sizes, Bandar Abbas has 30 berths, Jebel Ali with 67 berths and Salalah Port has 24 berths.

Unfortunately, Singapore, China and Pakistan did not add a single berth to Gwadar after the initial Phase-I construction in 2007.

Gwadar Port will require more than 100 berths to tackle the 500 million tons of cargo, envisaged by the year 2050 onwards.

In addition to adding finger piers/berths, dredging approach channel to the desired depth, putting navigational marks for the ship’s operations, Gwadar needs a workable master plan at the earliest.

But the most important issue remains, i.e. execution. The modest estimate suggests that it will need a colossal fund and at least a 20-30 years’ construction period for adding the desired number of berths.

All these are simply absent or have elementary setups at Gwadar. Similarly, ships need various types of fuel and other logistics upon arrival.

Gwadar Port infrastructure is also not yet adequate to support a large number of ships’ visits.

The use of Gwadar Port as a transhipment hub is usually debated in maritime circles.

Transhipment ports require large areas close to the Port Complex for stowage of containers, warehouses and industrial setup to support the transhipment activity.

Gwadar needs to develop all these facilities, simultaneously to accrue the benefit of this port in a true sense.

Another challenge for Gwadar port is the non-availability of drinking water, adequate electricity and gas supply.

Gwadar also faces a harsh climate around the year which also necessitates plantation drive on priority.

It is a fact that Pakistan’s successive leadership since 1947 have been the victim of “Sea blindness” and their main focus has always been on “land”.

The government needs to give priority to the operationalization of “Gwadar Port” to harvest the true benefit of CPEC.

History is witness to the fact that the nations that understood the importance of developing maritime power have attained global power status, be it the Muslims of the early era, Chinese in the 15th century, Dutch, Portuguese, Spanish, British and now the United States.

They all have only one thing in common, i.e. giving due importance to the maritime sector.

Both Pakistan and China have high hopes from the Gwadar Port. However, high hopes have not been translated into a workable plan to expedite the operationalization of Gwadar Port.

We understand that China can expedite the timelines and build mega infrastructures expeditiously but Ports are not built in years but decades.

It is, therefore, needed that both brothers sit down and develop a comprehensive plan of action for the operationalization of Gwadar Port on priority.