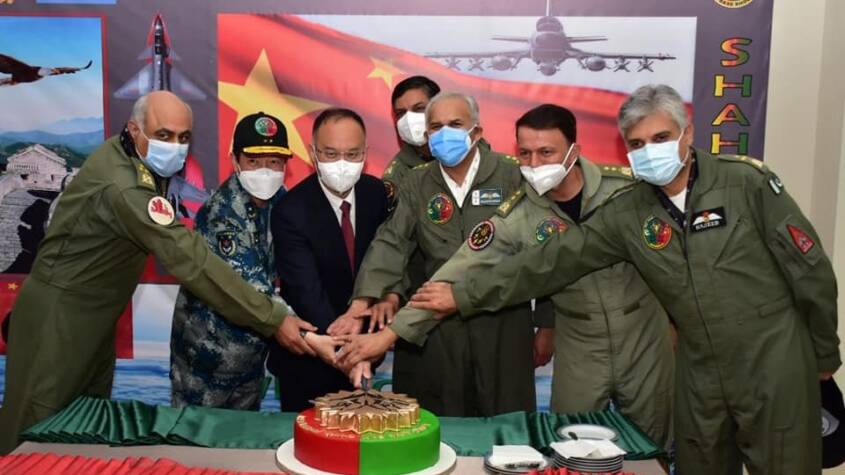 The Pak-China Joint Air Exercise “Shaheen-IX” culminated at an Operational Air Base of PAF on Thursday.

Addressing the Exercise participants, Air Chief Marshal Mujahid Anwar Khan said that the existing global security scenario coupled with the evolving dynamics of air warfare, called for enhanced partnership between Pakistan and China as indeed between our Armed Forces.

He further added that It was heartening that with every passing year, Pakistan-China friendship became stronger and stronger.

He said that CPEC was a game changer and manifestation of our common objectives and destiny.” The Air Chief also expressed his gratitude to General Ding Laihang, Commander PLAAF for sending a large contingent to participate in the exercise despite Covid-19 pandemic.

Expressing his views at the occasion, Nong Rong said, “International and regional strategic situation is undergoing profound changes with growing complexity in security environment. This calls for the collaboration of our two countries and two armed forces in maintaining peace and stability and to cope with shared challenges”.

He also added that both Air Forces have achieved many breakthroughs and new heights in diversified battlefield environment during this exercise.