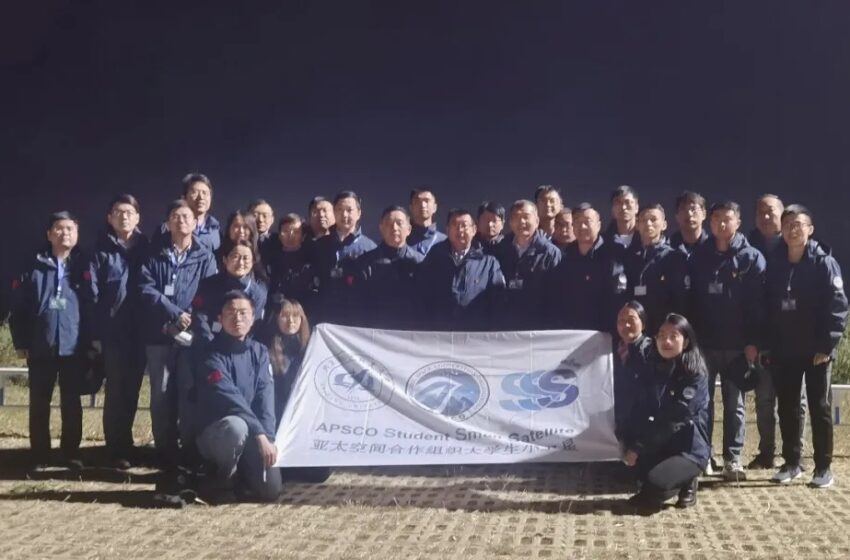 APSCO-SSS-1, a student satellite designed and developed by China’s Beihang University in collaboration with student researchers from countries including Pakistan, blasted off aboard a Long March-2D rocket in north China’s Taiyuan city on October 14.

“I had the unique opportunity to study and analyse the Electric Power Subsystem (EPS) of SSS-1. My focus was the solar array used to power SSS-1 onboard equipment,” said Zeenat Rajar, a Pakistani student who participated in the development of SSS (Student Small Satellite)-1 while studying at Beihang University in 2019, at the launch of the satellite.

According to Beihang University, SSS-1 is a 30kg micro-satellite with a dimension of no more than 350mm × 350mm × 650 mm. The satellite is one of the three student satellites (namely SSS-1, SSS-2A and SSS-2B) that construct a constellation named as APSCO SSS system.

It is learned that SSS-2A, led by China’s Shanghai Jiaotong University and supported by student researchers from countries such as Pakistan, was launched on the same day (Oct 14) as SSS-1 at the Taiyuan Satellite Launch Centre.

Zeenat Rajar noted, “The rare experience and the knowledge that I gained by working on the SSS-1 project has opened new perspectives for my future career as well as study goals by providing a boost to my passion for space education.”

The Student Small Satellite (SSS) project, which was initiated by the Asia-Pacific Space Cooperation Organisation (APSCO), aims to train the students and faculties from Member States (MSs) of APSCO to study space technology and satellite engineering through the practical design of satellites, and meanwhile contribute to the development of space education systems in APSCO MSs. The ultimate goal of this project is not only to enable universities to undertake student satellite design and development but also to impart space technologies through a satellite project as well as hands-on training.