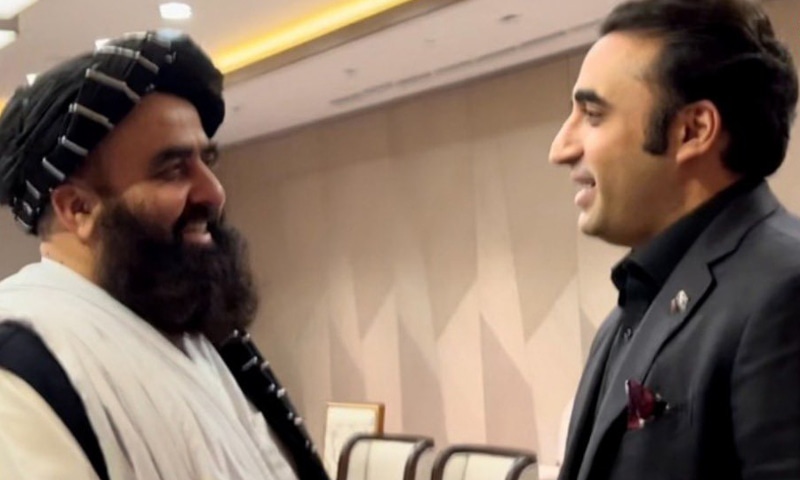 Pakistan and China on Thursday emphasised the need for stability in Afghanistan as Foreign Minister Bilawal Bhutto-Zardari met his counterpart in the Taliban administration, Amir Khan Muttaqi, for the first time.

“The two sides agreed that peace and stability in Afghanistan was vital for regional development and prosperity,” Foreign Office said in a statement on the meeting between FM Bhutto-Zardari and Chinese top diplomat Wang Yi on the sidelines of the Council of Foreign Ministers of the Shanghai Cooperation Organisation (SCO) in Tashkent.

The two foreign ministers, while emphasising the importance of “peaceful, stable and connected Afghanistan”, noted that it could become the “fulcrum for enhanced regional trade and connectivity”.

Pakistan and China share geo-political and economic interests in Afghanistan. Both had been relieved over Taliban takeover of the war-ravaged country last August. While both may be comfortable with Taliban rule in Afghanistan, but their security concerns could cause complications.

Islamabad and Beijing have lately been discussing the possibility of extending China-Pakistan Econo­mic Corridor (CPEC) to Afghanistan.

Taliban have been encouraging Pakistan government to make peace with Tehreek-i-Taliban Pakistan, but Beijing is wary that East Turkestan Islamic Movement, a group of native Uyghurs who want to separate Xinjiang region from China, is active in Baghlan province, where it has re-established its base, despite restrictions by Taliban. The ETIM also has close linkages with the TTP.

“The foreign ministers reviewed the progress in bilateral relations and discussed regional and international issues of mutual interest,” the FO said, adding that FM Bhutto-Zardari underscored that CPEC’s development had reached a new phase, with increasing emphasis on high-quality development of industry, agriculture, IT, and science and technology, while ensuring tangible socio-economic benefits for the people.

“Both sides reaffirmed their strong support for each other’s core interests and major concerns, and commitment to deepening strategic communication including at the highest political level and practical cooperation,” the FO further said.

During his first meeting with Mr Muttaqi, the foreign minister reiterated Pakistan’s commitment to a peaceful and prosperous Afgha­nistan. He also emphasised the need for promoting people-to-people contacts, providing humanitarian assistance and increasing trade and transit capacity.

This was Chinese envoy’s first meeting with PM Sharif as the former was on leave when the latter succeeded Imran Khan, who was ousted through a vote of no confidence.

Mr Sharif emphasised the importance of key projects like ML-1 and KCR in Pakistan’s development plans and expressed desire to move towards finalisation of these projects in the upcoming 11th meeting of the CPEC Joint Cooperation Committee, the PMO said.