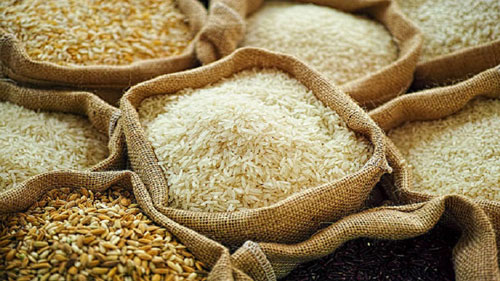 In an interview, the Senior Vice President of Rice Exporters Association of Pakistan, Faisal Jahangir said that Pakistan’s rice sector has shown tremendous growth after China has emerged as one of the major markets for the country. Earlier in July, China granted approval to seven Pakistani rice units to export rice to Beijing. On top of gaining approval for exports, Pakistani traders are also trying to renew the industry through cooperation with Chinese counterparts. Building brands would be a good choice in this regard.

The future is bright for Pakistan’s rice sector with China being one of the major markets for the country, noted Rice Exporters Association of Pakistan Senior Vice President Faisal Jahangir Malik.

In an interview, he said that Pakistan is an agricultural country where rice is cultivated on a large scale.

Speaking on how Pakistan’s rice could make its way into the Chinese market, he said that the first step was to secure approval for export.

China has allowed seven Pakistani rice units to export rice to Beijing this July after they met the international food safety and security standards.

This takes the number of total companies having the approval to export rice to China to 53 and it is expected to increase Pakistan’s rice exports and help local exporters penetrate the market of the neighbouring nation.

As per Malik, his experience of business with China was excellent. “We did not face any issue with payment or securing orders,” he said.

He was of the view that Pakistani exporters should be listed in the Chinese import quarantine as much as possible for healthier competition.

On top of gaining approval for exports, Pakistani traders are also trying to renew the industry through cooperation with Chinese counterparts. Building brands would be a good choice in this regard.

“The income of the middle class in China has increased tremendously in the last 30 years,” said Khan. “The country tries everything new including foreign textiles, garments and cars and now Beijing is trying new foods from abroad.”

He stressed upon Pakistani firms to promote local brands in China to attract customers. He was of the opinion that in future the demand for Pakistani food in China would increase.

Besides this, Chinese farming equipment, fertiliser and cultivation can prove vital in boosting agricultural yield.

“China has efficiently jumped in the international market by making quality and standard machines,” Khan mentioned, adding that Pakistan imports colour sorter machines from the neighbouring country because they are attractive in price and quality.

“Our capacity is low and China is a huge market,” Khan added. “Under the China-Pakistan Economic Corridor, both nations are cooperating in many fields including agriculture; we are looking to enhance the collaboration.”

“A large portion of our land is facing salinity and China is working on the issue,” he said. “It would be appreciable if China exchanges material and collaborate with Pakistan.”

He added that Pakistanis are still practicing breeding schemes using old traditional methods and lamented that the country is yet to adopt genetic engineering aid.

“To meet the food standards of China, we have to make strenuous efforts,” said Galaxy Rice Mills Project Manager Imran Sheikh. “If we succeed, it will present a huge opportunity to us and our exports can be increased manifold.”

The company is among the seven Pakistani firms that attained approval to export rice to China in July.