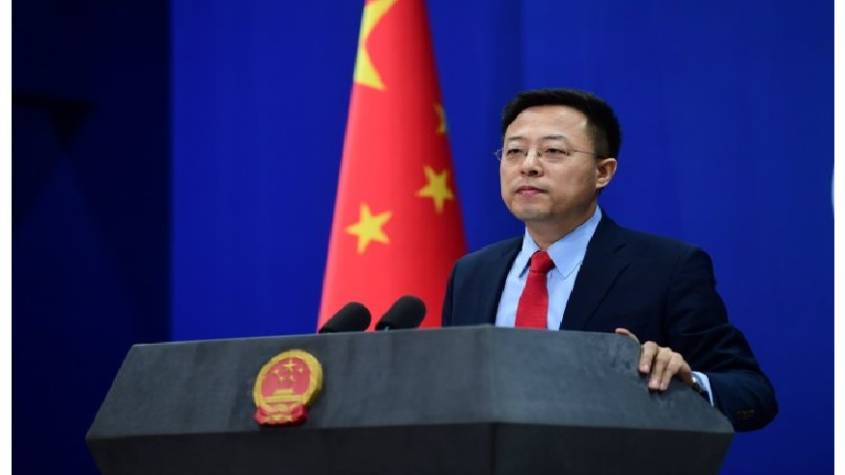 Chinese Foreign Ministry spokesperson Zhao Lijian said that Pakistan and China have decided to continue their longstanding relationship and that neither country will allow any force to damage their all-weather strategic cooperative partnership. He said the two foreign ministers established an important accord on developing all-whether strategic cooperative alliances and political collaboration during their virtual meeting. He also stated that China is willing to coordinate its growth strategy with Pakistan’s efforts to maintain economic and financial stability.

Pakistan and China have agreed to carry forward traditional friendship and both the countries will never allow any force to sabotage their all-weather strategic cooperative partnership.

This was stated by Chinese Foreign Ministry Spokesperson Zhao Lijian during his regular briefing in Beijing today (Thursday).

He informed that the two foreign ministers exchanged views on further strengthening the safeguarding of safety for Chinese citizens and institutions in Pakistan during their first meeting since the new government in Pakistan came into office.

He said the Foreign Minister of Pakistan has reiterated that the China-Pakistan friendship remained the cornerstone for Pakistan’s foreign policy and also was a strategic priority for Pakistan.

Zhao Lijian remarked that China and Pakistan would deepen practical cooperation across the board.

He said China stands ready to synergize the development strategy with Pakistan to support Pakistan’s efforts in upholding economic and financial stability.

He said the two sides hoped to pursue the high quality development of China-Pakistan Economic Corridor while keeping the good running and operation of the existing important projects.