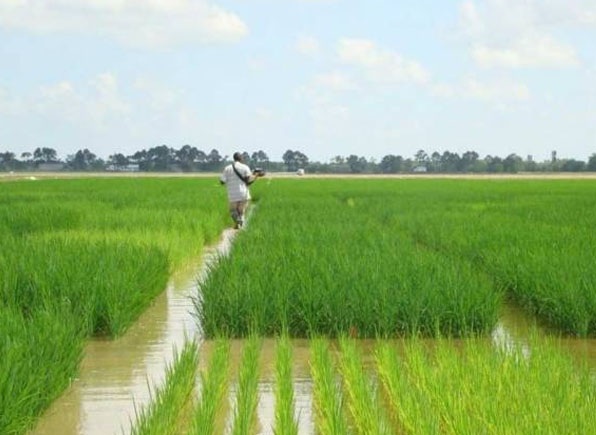 Pakistan has developed new Green Super Rice (GSR) with the help of China which will play an important role to strengthen the economy, a senior government official said on Tuesday afternoon.

He maintained that due to attacks of diseases on local potato varieties, the country had to import 8th generation seed potato from Holland, costing millions of dollars.

According to the official details released about the briefing, Dr. Ali underlined that the council was also involved in developing vaccines for disease prevention and epidemic control and was selecting superior animal breeds using next-generation sequencing data for improved milk and meat productivity.

The PARC chairman acknowledged China’s help in all these efforts, saying the positive role of China is increasing day by day. He was referring to the second phase of China-Pakistan Economic Corridor (CPEC) which focuses on agriculture.

Dr. Ali pointed out that Green Super Rice, with a potential yield ranging between 80 and 120 maunds (1 maund = 40 kilograms) per acre and grain length of 8.6 millimeters, could be a harbinger of economic prosperity.

The PARC chairman noted that using the latest techniques of genome-based breeding, NIGAB scientists, in collaboration with China, were moving forward.

Besides, he said that banana varieties of PARC such as NIGAB-I and NIGAB-2 with higher productivity and shelf life had also been developed, adding that these varieties would help in enhancing the incomes of local farmers.

Speaking on the occasion, Tahir Khursheed mentioned that the government was primarily focusing on bringing revolutionary changes to the agricultural sector and urged scientists to focus on high-quality seed varieties to boost agricultural output.

Appreciating PARC’s efforts in the country’s agricultural development, the secretary stressed the need for expanding such modern techniques in all farming research and development for enhancing crop and livestock production.