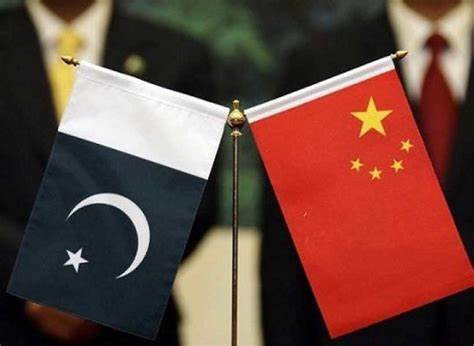 Pakistan on Wednesday afternoon said it stands ready to assist the Chinese brothers and sisters after the loss of human lives due to torrential rains and flooding in Central China’s Henan Province.

Pakistan expressed sadness over the loss of human lives. A statement issued by Foreign Office Spokesperson Zahid Gafeez Chaudhri said, “The government and people of Pakistan are deeply saddened to learn about loss of precious human lives caused by torrential rains and flooding in Central China’s Henan province. Our sympathies and prayers are with the affected families & people who are battling against this natural calamity.”

He added, as the rescue operation is underway in the neighbouring country, “we are hopeful that due to efforts of Chinese government, normalcy would be restored soon & displaced people would soon return to their homes.”

Pakistan, he said, “stands ready to assist our Chinese brothers and sisters in this hour of need.”

At least 33 people were killed as torrential rain battered the Chinese province, causing landslides and flooding that partially submerged the underground rail system of Zhengzhou.

Soldiers, who are leading the rescue operations, have so far evacuated about 376,000 residents in the province where streets are inundated due to the rain.

Images showed passengers standing inside carriage of the subway with water up to their necks. Other passengers also filmed videos of the water rising in the tunnels outside the carriage windows.

The provincial capital had “experienced a series of rare and heavy rainstorms, causing water to accumulate” in Zhengzhou metro, city officials said.

“Torrential rains and resultant flooding has brought misery and suffering to the people of Henan province,” he said in a tweet adding “Our heart goes out to our brothers and sisters on their losses.”

He said, “We stand in solidarity with them and the Chinese Govt to recover and stabilise the situation.”