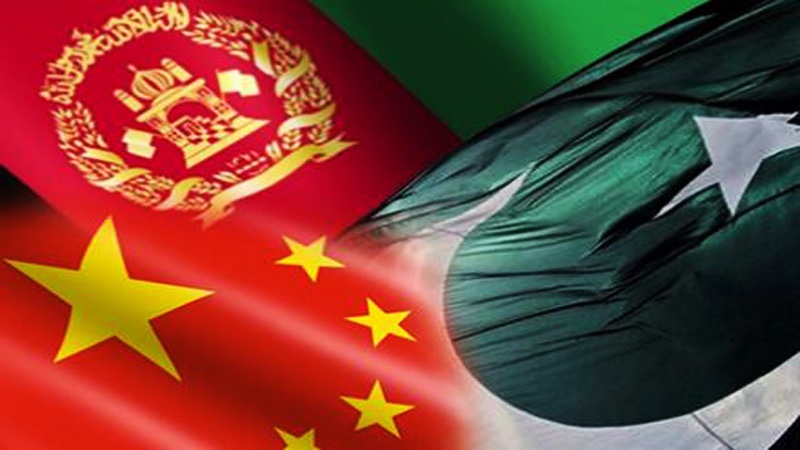 As Prime Minister Imran Khan concludes his important visit to Tajikistan, Pakistan should urgently negotiate a new trade route with the Taliban to connect Islamabad with Dushanbe in exchange for a separate and shortest corridor via Gwadar.

This is how it should look: The handover of trade routes along the Wakhan Strip in return for the Kandahar-Dalbandin Gwadar corridor. With the Wakhan Strip in exchange for corridor between Kandahar and Herat through Balochistan’s Dalbandin–nearer to Ahmadwal/Noshki (for Afghan transit trade) to Gwadar as part of CPEC/BRI, Pakistan and Taliban-led Afghanistan can create a new geo-economic alignment never seen before.

Controlled by the Taliban-led Afghanistan, the Wakhan strip is a panhandle 217 miles long but less than 9 miles wide, ending in Afghanistan’s short border with China which is just 47 miles across. The strategic narrow strip of territory in the Badakhshan province of Afghanistan is situated at the crossroads linking China, Pakistan, Afghanistan and Tajikistan.

If the Taliban agree to a route with exclusive rights for Pakistan to use Wakhan, Islamabad in exchange can offer a similar facility to Afghanistan through Gwadar. That it is a feasible proposition, particularly now, is because of two reasons: First, America no longer controls the foreign and domestic policy making of Afghanistan. And second, with the Taliban at the helm, China as a close friend of Pakistan and the supporter of the Taliban-led government, will not oppose the opening of the Wakhan Strip–a barrier between Tajikistan and Pakistan and till recently a buffer between US-backed Kabul government and China. The two patches of the route (Wakhan and Gwadar-Kandahar) can be fenced–a replica of the Pak-Afghan border with watchtower pillars and patrolling soldiers guarding the fence to preempt any breach.

Strategically, it is a win-win situation both for Pakistan (to borrow the Chinese phrase) and Afghanistan. For Islamabad, it will be the shortest route to Central Asia. Tajikistan and its neighborhood will be directly linked with the Karakoram Highway. Pakistan’s reach out to Tajikistan, Central Asia, Russia and Europe via the Wakhan Strip will make Islamabad a de facto Central Asian nation becoming part of the rising Euro-Asian geopolitical space. This will also be the shortest route connecting Russia with the Middle East and beyond, rendering Moscow less dependent on Iran to access the Indian Ocean. It will strategically underpin Pakistan’s relations with Russia.

In return for giving access to Pakistan via Wakhan, the Taliban de facto government will circumvent the long transit routes of Khyber Pass and Balochistan Chaman crossings connecting Karachi with Kabul. Fenced by Pakistan, the shortest route between Gwadar and Kandahar via Dalbandin will address the landlocked status of Afghanistan permanently. The unreliability of current Afghan transit routes and business activities will just be a matter of a bygone era with new corridors dedicated to the Afghan transit trade.

As the Taliban are eager to deepen economic and business links with China, Islamabad is well-placed to offer this lifeline i.e. a shortest and most reliable trade route as a solution to its landlocked status within the BRI framework.

The Afghan transit trade which is the main reason for enabling smuggling in Pakistan can also be done away with. The proposed Kandahar-Gwadar road can be fenced and guarded so that nothing can be offloaded in Pakistan addressing the concerns of Afghan traders and frequent Afghan government’s pleas in the past for securing the supply chain.

All other borders can collect full duty on everything as there will be no category of transit trade then. With all the Afghan trade ploughing in through Gwadar, it will develop Gwadar at a rapid speed. Hotels from low to high class for Afghan traders will grow in the city. This will also generate revenues for the development of Gwadar.

Facilities being developed in Gwadar for ships management will not remain underutilised. Gwadar will not be solely dependent on CPEC-related cargo/shipment. As Afghan trade gets organised from Gwadar to Dalbandin and Kandhar, pressure will come off the Karachi port and congestion on Pakistan’s normal roads will reduce apart from timely arrival of goods for Afghan consumers.

With this new option, Kabul will be safely connected with the Middle East where reliability and speed is the name of the game in trade and business. The perishable items of Afghan growers like fruits, vegetables and dry fruits can get to ME in no time.

Above all, the Afghan transit trade will be immune to problematic characteristics of the current arrangement i.e. anti-Afghan trade mafia in Karachi, red-tapism, congestion in port, high insurance premiums and claims due to safety issue along the current twin route, complains of smuggling into domestic market, off loading incidents etc, with the new dedicated corridor near Dalbandin, Balochistan.

This will become a conduit for back and forth trade between Central Asia and the Middle East. A new game changer, the connectivity of the second prong of the historic silk route will open tremendous opportunities for Afghanistan.

As mentioned earlier, apart from CPEC, there will be another option i.e. a new route to trade with Afghanistan. Since Islamabad has an unfulfilled dream of transiting from geo-politics to geo-economics, the two new trade corridors will be a creative solution to leverage its location for integrating Afghanistan’s consumers and Central Asian markets with the wider world in the Indian Ocean region and beyond. Now, it all boils down to the vision and execution of Pakistan’s policymakers, the sagacity and political will of the Taliban-led Afghanistan to make this mega dream a vivid reality.