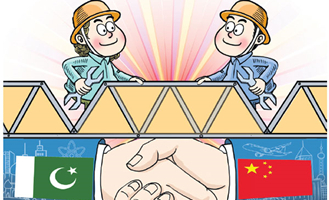 Pakistan’s sesame seed exports to China expanded to $50.35 million in the first half (H1) of 2022, up 45.39 percent on a year-on-year basis, shows the official data from the General Administration of Customs of the People’s Republic of China (GACC).

Azhar Shahzad, a sesame seeds exporter told Gwadar Pro that sesame seed is one of the major crops in Pakistan and its export to China increased due to zero duty tariff while the exporters are also getting good rates from Chinese buyers.

“Due to flood, this crop is also expected heavy loss and export would be affected. Chinese seeds varieties help get good and quality crops but we still lack the latest types of machinery. The farmers are poor and they don’t have money to buy such technologies and the government doesn’t have budget to support farmers. Therefore, I believe if the Chinese can do joint venture or directly help local farmers, it would help us improve this crop and exports as well”, he mentioned.

It is worth mentioning that last year Pakistan’s sesame seeds export to China achieved a historical figure of $120.44 million.