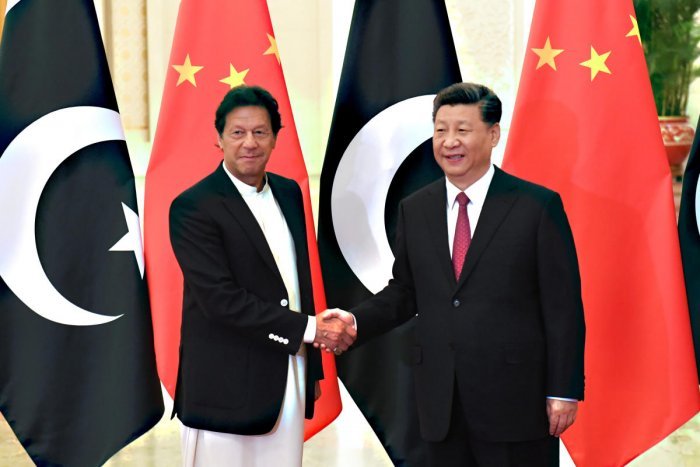 According to a media report, Prime Minister Imran Khan has chaired a high-level meeting to finalize the agenda for the upcoming visit to China. The Federal ministers as well as the army and intelligence chiefs attended the meeting and discussed issues related to economic and strategic interest. Moreover, the participants were briefed about the agenda of the upcoming visit that covers further collaboration with China in fields of investment, trade, exports and information technology. PM Imran will visit China in the first week of February to attend the opening ceremony of the Beijing Winter Olympics. The PM will meet the top Chinese leadership on the sidelines, where the focus would be on reviewing the progress on CPEC and matters of mutual interest.

Prime Minister Imran Khan on Wednesday chaired a high-level meeting attended by key federal ministers as well as the army and intelligence chiefs to prepare the agenda for his upcoming visit to China.

This will be the fourth visit of the prime minister to China but the latest trip comes against the backdrop of multiple developments including dip in Pak-US ties and reports of the Chinese unhappiness over the slow or no progress on China-Pakistan Economic Corridor (CPEC) projects.

Prime Minister Imran is undertaking a visit to Beijing in the first week of February at the invitation of the Chinese president to attend the opening ceremony of Winter Olympics. Russian President Vladimir Putin is also expected to be present there. At the sidelines, the prime minister will meet the top Chinese leadership, where the focus would be on reviewing the progress on CPEC and other key regional and international issues.

Official sources say Prime Minister Imran would convey to the Chinese leadership in clear terms that Pakistan considered CPEC as central to its economic growth and prosperity and hence all efforts would be made to expedite the progress.

An official handout said the participants were briefed about the agenda of the upcoming visit that covers further collaboration with China in fields of investment, trade, exports and information technology.

It is believed that since the PM Imran-led PTI came to power, the progress on the CPEC projects had slowed down. The terrorist attack in July last year at Dasu Hydroelectric Power project that left 10 Chinese workers dead also compounded the problem. The Chinese side made it clear that security of Chinese nationals and its interests was paramount for any progress on CPEC and other Chinese projects.

In order to address concerns of China, Pakistan has not only revisited some of the security protocols for the Chinese projects but also approved $11.6 million for the victims of Dasu terrorist attack.

The announcement of compensation and other measures, officials feel, would help address concerns of China.

Pakistan’s relationship with China has become more significant in view of the new cold-war between China and the US. Although Pakistan has made it clear it would not become part of “block politics”, it is evident that Islamabad is more inclined towards Beijing in an increasingly polarised world.

The evidence of that is that the prime minister is attending the opening ceremony of Winters Olympics, which is otherwise boycotted by the US and certain other western countries.

Prime Minister Imran earlier skipped the Democracy Summit hosted by US President Joe Biden. The reason Pakistan stayed away from the summit was that the US extended an invitation to Taiwan, which China considers part of its mainland territory.  Pakistan had consulted China before making the final call. Beijing had appreciated Pakistan’s stance on the Democracy Summit.

Observers believe that the upcoming visit of the prime minister to China will be closely watched as he would not only meet the Chinese leadership but interact with the Russian president too.