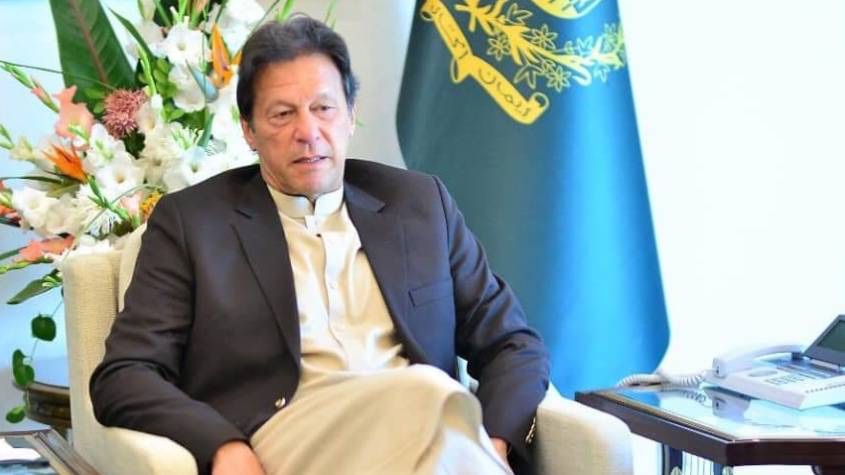 Prime Minister Imran Khan on Friday praised China for being a “role model” for developing countries in poverty alleviation.

In a video message on the 20th anniversary of Juncao Assistance and Sustainable Development Cooperation, the premier said: “China is a role model for developing countries in poverty alleviation. China’s remarkable growth has brought 800 million people out of poverty over the past four decades.”

He said the world at large, but particularly the global South, was grappling with “multiple challenges” including climate change, poverty and food insecurity.

The prime minister added that extreme poverty had been steadily declining over the past two decades due to relentless efforts.

“However, [the] Covid-19 pandemic triggered an economic meltdown which has slowed down global progress. Extreme poverty rose in 2020 for the first time in over 20 years,” he said.

Thus, the achievement of food security and improved nutrition has become an even “greater challenge” for developing countries, he said.

“Sustainable ways of achieving economic recovery, growth and development are critical during the pandemic.”

He commended China for sharing the Juncao technology with over 100 countries, saying it had already “benefited thousands of people across the continents over the past 20 years”.

Juncao, which is famed as “magic grass”, is two Chinese characters meaning “mushroom” and “grass”. The particular breed of grass was discovered by Chinese scientists to be an economical and environment-friendly substitute for timber, traditionally used as a substrate for growing mushrooms.

The prime minister said the Juncao technology had a number of advantages such as helping small-scale farmers to develop low-cost, commercially viable mushroom cultivation and combatting desertification.

“I am pleased to note that innovative Juncao technology […] suits our society and economy. Such innovative, affordable and eco-friendly technologies may help catalyse our progress towards achieving the first two sustainable development goals: no poverty and zero hunger.”

He added that tackling poverty and climate change were among the “key priorities” of the Pakistan Tehreek-i-Insaf government.

Commenting on the initiatives launched under the Ehsaas social safety programme, he said that the schemes focused on “uplifting marginalised people, eradicating poverty and supporting vulnerable households” and had cushioned people from economic shocks during the pandemic.

Measures such as the government’s National Poverty Graduation Programme could play a vital role in collaboration with the Juncao technology, the premier said.

The prime minister also pointed out the government’s initiatives for tackling climate change and stressed that Pakistan “fully supports international efforts to combat the scourge”.

He said that one billion trees had been planted under the government’s 10 Billion Tree Tsunami programme to expand and restore forests.

“Our green initiatives resonate with the United Nations Decade on Ecosystem Restoration. We hope it will contribute to preventing, halting and reversing the degradation of ecosystems,” he said.

The prime minister said he was strongly resolved and committed to international cooperation aimed at poverty alleviation, sustainable growth and addressing climate change.