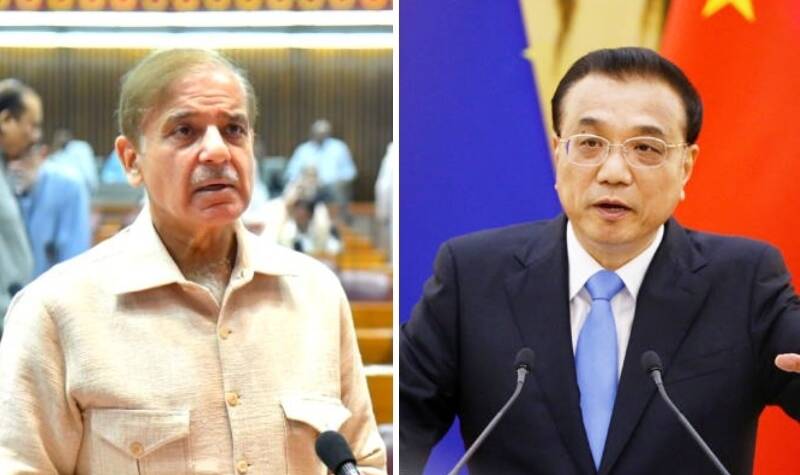 Prime Minister Shehbaz Sharif told his Chinese counterpart that Pakistan will take all necessary steps to ensure the safety of Chinese citizens in Pakistan. Around two weeks after an unfortunate incident at the University of Karachi’s Confucius Institute, the two leaders had a detailed telephonic talk. According to a statement released by the Prime Minister’s Office, the terrible tragedy in the country’s largest city was discussed, and Sharif expressed his profound condolences to the Chinese government and people, as well as his sympathy with the victims’ families. PM Shehbaz further stated that the safety, security, and protection of all Chinese people working in Pakistan on economic projects and institutions are of the utmost significance to Pakistan. Premier Li reassured Prime Minister Shehbaz of China’s willingness to strengthen economic cooperation, trade, and investment with Pakistan. PM Shehbaz reaffirmed his government’s solid resolve to expedite both ongoing and new projects under the multibillion-dollar CPEC project during the conversation.

On the morning of May 16, 2022, Premier Li Keqiang had a phone conversation with Pakistani Prime Minister Shahbaz Sharif at Ziguang Pavilion of Zhongnanhai leadership compound at the latter’s request.

Li Keqiang said, China and Pakistan are close and friendly neighbors and iron-clad friends. In 2015, President Xi Jinping paid a successful visit to Pakistan, which raised the level of strategic cooperation between the two countries. China has always prioritized its relations with Pakistan in its neighborhood diplomacy and will, as always, firmly support Pakistan in safeguarding national sovereignty and security, developing economy, improving people’s livelihood and maintaining financial stability. China is ready to strengthen strategic communication with Pakistan, advance cooperation on major projects such as the China-Pakistan Economic Corridor (CPEC), and strengthen personnel exchanges on condition of effective COVID-19 prevention and control.

Li Keqiang pointed out, the Chinese side is shocked and outraged by the recent attack on Chinese citizens in Karachi and strongly condemns this terrorist attack. China hopes that the Pakistani side will bring the perpetrators to justice as soon as possible, make every effort to deal with the follow-up matters of the casualties, comfort the bereaved families and the injured, and comprehensively strengthen security measures for Chinese institutions and personnel in Pakistan to ensure that similar tragedies will not recur.

Shahbaz once again expressed deep condolences over the death of Chinese nationals and extended sincere sympathies to the injured in the terrorist attack in Karachi. He stressed that the Pakistani side strongly condemns terrorism and cherishes the life safety of Chinese personnel in Pakistan. The Pakistani side regards the Chinese casualties as its own compatriots without distinction. Pakistan will do its utmost to investigate the truth of the incident, arrest the perpetrators and punish them to the full extent of the law. The Pakistani side will strengthen security measures for all Chinese institutions and personnel in Pakistan to ensure that similar incidents will not happen again.

Shahbaz said, Pakistan-China friendship is deeply rooted and bilateral cooperation has reached an unprecedented level. Pakistan is ready to work with China to speed up the construction of the CPEC, deepen cooperation on key projects and special economic zones and maintain close personnel exchanges to bring more benefits to the people of the two countries.