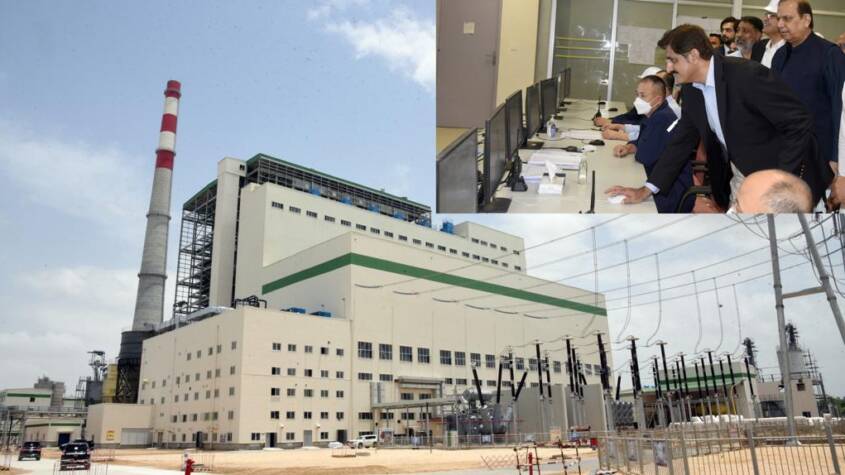 He said that it was not only a great success, but also realisation of Mohtarma Benazir Bhutto’s dream of producing coal-fired energy to empower Pakistan with low cost and indigenous sources of energy.

The CM was speaking at the inaugural ceremony of 330 MW coal-fired power project of Hub Power Company Ltd (Hubco) and its partners at Thar Coal Block-II. The ceremony was attended by Sindh Minister Energy Imtiaz Shaikh besides representatives of the partners in the project.

Mr Shah said that he was proud to participate in the ceremony to celebrate transmission of electricity from Thar Energy Limited utilising Thar coal. He congratulated Hubco and its partners Fauji Fertilizer Company Ltd (FFC), China Machinery Engineering Corporation (CMEC) and also the project team on its completion despite multiple challenges.

Murad Ali Shah said his government had always considered Thar to be cornerstone of the energy security for Pakistan and had taken all necessary steps to ensure that the dream of Shaheed Mohtarma Benazir Bhutto was implemented. “Her vision has been vindicated as Thar coal prices are two to three times lower against the imported lignite while saving billions of dollars in foreign exchange,” the CM said and added that the Sindh government became a major shareholder in the first Thar coal mining company — Sindh Engro Coal Mining Company (SECMC) — and also provided financial guarantee required by Chinese lenders to achieve financial close of the mine.

Mr Shah said his government had provided continuous support to the independent power producers (IPPs) using Thar coal as well as mining companies, besides provision of necessary infrastructure, including roads, bridges and on top of it Mai Bakhtawar airport so that those projects could function smoothly. “We are also aware of the water requirements for Thar power projects and have made arrangements to ensure uninterrupted water supply for power generation,” Murad Shah said and added the key driver for development of Thar was the welfare of local population.

Mr Shah said the development of Thar coal had also brought positive changes in the life of local people as substantial activities related to corporate social responsibilities (CSR) were being carried out in the fields of employment, education besides medical facilities by mining and power generation companies through the Thar Foundation.

The CM said he was also working to ensure ramp up of mine quickly and utilization of Thar coal for energy needs of other industrial sectors, including those of cement, fertilizer and others. “We are also working closely with the federal government to develop a rail link for mass transportation of Thar coal,” he said and added that the rail link project would start soon.

Mr Shah said the Thar Energy Ltd was a 330 MW coal-fired power project based on Thar coal. It was part of the China Pakistan Economic Corridor (CPEC), he added.

The project is a joint venture among Hubco, FFC, CMEC and had been completed at a cost of $520 million It may be noted that foreign financing for the project was arranged from a Chinese syndicate led by the China Development Bank whereas local financing has been arranged via a syndicate led by Habib Bank Ltd (HBL).

The project started construction in May 2018 from sponsors’ equity without waiting for financial close to ensure earliest utilisation of indigenous Thar Coal. The financial close of the project was achieved in January 2020. The plan experienced delays due to slow speed in loan disbursement from Chinese lenders and later due to Covid-19 pandemic.

The project is now in commissioning phase and the chief minister formally switched it on to synchronise it with national grid today, August 3, whereas its commercial operation date is expected between Aug 20 and 28.

On the occasion, Hubco chairman Habibullah and CEO Kamra Kamal also spoke and highlighted the issues they faced in launching the project.

Earlier, the chief minister visited the power plant and its control room where he clicked the computerised-controlled power plant to synchronise it power generation with the national grid.

With a click of mouse, the CM sent 40 MW in the national grid and by the end of August, total 330 MW power would be added to the national system.